In the 80’s hit movie trilogy Back to the Future, 1.21 gigawatts (pronounced jiggawatts in the movie) was the amount of electricity it took to power the flux capacitor on the DeLorean time machine. 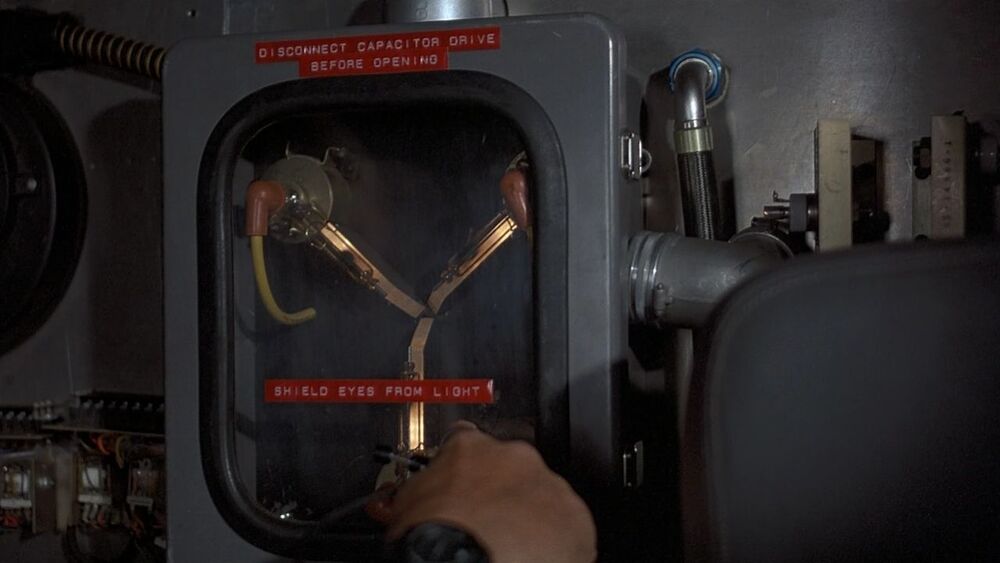 In the movie Dr. Emmettt Brown used a lightning strike to generate this amount of power.

We know the fictional flux capacitor requires 1,210,000,000 watts of power. What does it take to generate this much power in real life?

This is the amount of power created by…

Fun Fact: The future scenes in Back to the Future take place in 2015, only 2 years from when this post is written.

Where are the flying cars?! We were promised flying cars!…and hoverboards!
(Technically the hoverboards do actually exist but they aren’t quite as much fun as Marty McFly’s.)

We do however have video phones, thanks to the Skype and Facetime. At least they lived up to that promise. Yay!!

One thing that wasn’t available in 1985 but is available today is the ability for a person to choose their own electricity supplier. Companies like Oasis Energy give consumers an alternative to the monopoly provider and allow customers to lock in low fixed electricity rates.

This website uses cookies to improve your experience while you navigate through the website. Out of these, the cookies that are categorized as necessary are stored on your browser as they are essential for the working of basic functionalities of the website. We also use third-party cookies that help us analyze and understand how you use this website. These cookies will be stored in your browser only with your consent. You also have the option to opt-out of these cookies. But opting out of some of these cookies may affect your browsing experience.
Necessary Always Enabled

Any cookies that may not be particularly necessary for the website to function and is used specifically to collect user personal data via analytics, ads, other embedded contents are termed as non-necessary cookies. It is mandatory to procure user consent prior to running these cookies on your website.